[ back to images | add to lightbox | print this page ] 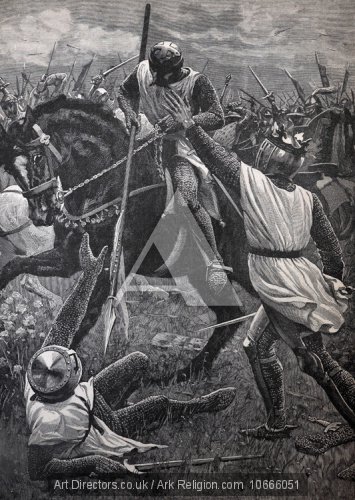 Illustration Depicting the danger of King Henry III at the Battle of Evesham he was thrown off his horse and escaped from being slain by calling out his name, his son Prince Edward heard his voice and ran to his father's aid in 1265 A.D